The Stories We Tell Ourselves 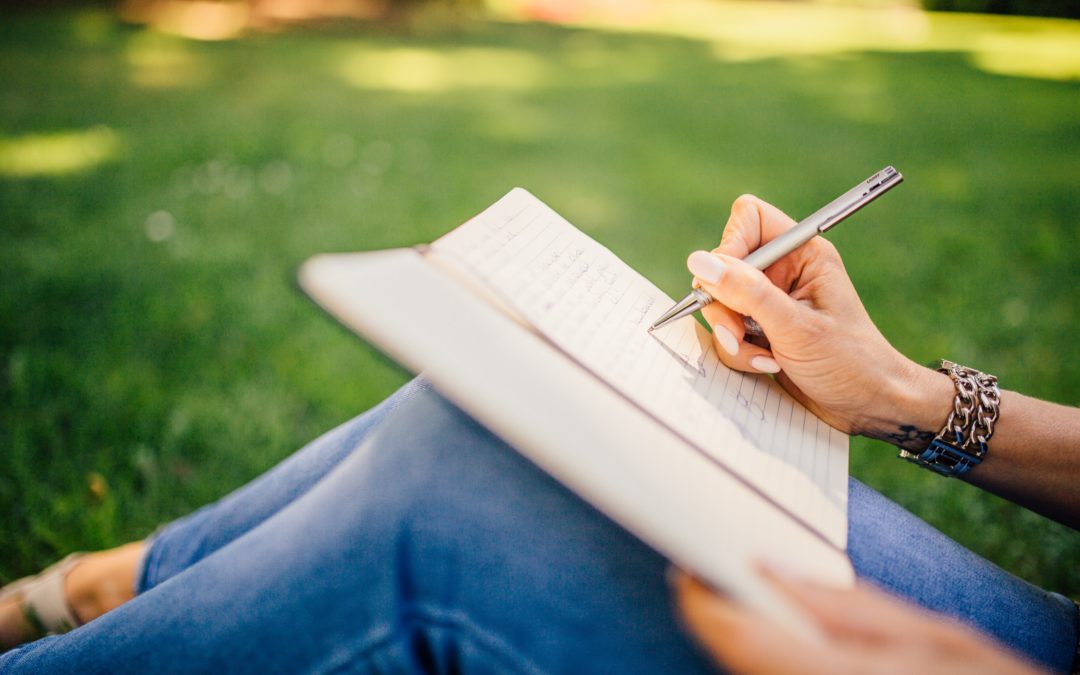 Sandra seethed as she drove home from her sister-in-law’s house. “I know what I should have said to her,” she muttered, as she looked for a parking space. “It’s too bad I’m not the kind of person who says what she really thinks!” She stomped up the stairs to her kitchen, and grabbed her favorite coffee mug, banging it on the counter. Soon, she was sitting at her computer screen, writing a long email to her best friend.

And then, when everyone was praising her on how immaculate her new house is, and how delicious her pastry was, my dear sister-in-law said, “Well, I’m just a perfectionist. It’s really crazy to be that way. I wish I could be chilled, just like Sandra.” I wanted to say, “Yeah, and the smooth way you slip in that insult is perfect, too!” But I just smiled and stood there like an idiot.

Her best friend’s email response was swift and sure. “So why didn’t you say that?” the glowing letters on Sandra’s screen demanded. Sandra responded, “I’m just not that kind of person. Basically, I’m a wimp.” As her best friend vigorously denies that statement, Sandra starts thinking of all supporting evidence she has: the time her sister-in-law embarrassed her in front of an entire roomful of people and she didn’t react, the time she was accused of lying and didn’t defend herself, the time she didn’t tell the waiter that she hadn’t ordered General Tso’s Chicken, and then simply didn’t eat anything at all because it was too spicy.

Is Sandra a wimp? I’ll bet that some people reading this are willing to say that she is. Their proof, like Sandra’s, is in her stories. Researcher Daniel P. McAdams, a well-known personality researcher, believes that our identity is nothing more than the stories we tell ourselves about ourselves.

To really know Sandra, though, you’d have to know her back-story. What does Sandra tell herself about herself? How does she deal with contradictory evidence? She sees herself as a wimp, but wasn’t she also the woman who fearlessly hounded her son’s school until they agreed to change his class and help him with his social skills? Isn’t she the gracious hostess who hosts people when they are visiting sick relatives and cares for their every need, even though she’s shy?

When a writer writes a story, it’s important to establish narrative coherence – the story has to hang together and be about one thing. In a story about summer camp, I can’t suddenly insert a giant, dancing robot, unless I’m writing about a Color War breakout. But in a science fiction story about spaceships, a dancing robot would not be out of place.

Sandra is probably going to explain those details anyway – oh, please, the guests with sick relatives are staying in my own house. I don’t need to be brave to talk to people when I’m in my own house.

And the time she argued with her son’s school administration? That was just her mother’s heart, feeling pain for her son. But really, she’s a wimp.

What happens when we think of ourselves as “nice,” but then we do something that is, let’s just say, not very nice? The “honest” person who cheats on his taxes, the “kind” person who doesn’t invite a neighbor they dislike to a get-together, the “calm” person who yells at another driver?

When we act in a way that seriously challenges the coherence of our story, we have to do something with that information. Just like the writer of our story about camp had to do something to account for a giant, singing robot showing up in her main character’s bunkhouse, we have to deal with contradictory or incongruous information, or it will disturb the coherence of our narrative.

So if I’m Sandra, and my story is about how I’m always such a wimp, and then I act in a courageous manner, that incongruous information will be causing a sense of “cognitive dissonance.” Cognitive dissonance occurs when we obtain some contradictory evidence about ourselves. What do we do with that information? We have to figure out a way to account for it, and not ruin the coherence of our story.

* Cognitive dissonance occurs when we obtain some contradictory evidence about ourselves. What do we do with that information? *

Miranda considers herself a calm and courteous person. And yet, one day, she started yelling at the driver of another car. Miranda has to rationalize why yelling at the other driver, in this particular instance, doesn’t mean she’s not a calm person. “Really, I’m a very calm person,” she tells herself. “It’s just I was in a tearing rush, and the guy cut in front of me, and then proceeded to drive ten miles an hour under the speed limit. Anyone would be annoyed. There are limits, you know.” Now that she has rationalized this, she can keep up her self-image as a “calm person.”

The problem is that it is sometimes easier to fool ourselves than it is to fool other people. If Miranda repeatedly yells at her husband and then tells him what a calm person she is, his response may not validate her perspective. “Um, Miranda,” he might say, “if you’re so calm, why do I always hear you yelling at the kids in the morning?” Her response will be “There are limits, you know.” he is less likely to accept that rationalization than she is. Fooling yourself is much easier than fooling other people.

Our children are constructing their personal narratives as they are growing up. A child who experiences success and validation is going to write a self-story about how people who try hard tend to succeed. She’ll tell lots of stories about determination, trying hard, and striving to be the best. So how do we handle it when we see that same child rationalizing not studying for her math final? Do we confront her with the contradictory evidence to her self-story? Do we help her look critically at her actions? At what point would bringing up a lot of contradictory evidence cause the child to rewrite her story, perhaps in a negative fashion?

People can’t read our minds. They can only read our actions. One way our identity is maintained is via others reflecting it back to us. I know a woman whose life story could be entitled “The Wonderful Balabusta; My Battle with Dust, Dirt, and Disorder.” Not surprisingly, she’s always being consulted about recipes, or hearing “You’re so organized and efficient.” People reflect her identity back to her, so it is maintained well.

* People can’t read our minds. They can only read our actions. One way our identity is maintained is via others reflecting it back to us. *

However, the woman whose life story could be entitled “Really, I’m Very Organized, but Today Was Crazy? Isn’t going to get those household organization questions. No one is going to be praising her amazing skill with the Pledge bottle, and she’s pretty much always going to be the last one asked to host a tzedakah party. Eventually, the fact that her internal sense of identity (“Really, I’m very organized”) isn’t matching up to what the world reflects back to her will penetrate her awareness. When that happens, her identity will shift.

We have to be very careful what we reflect back to our children. What life story do we want them to write? What kind of protagonist do we want them to be? When we see a rationalization, do we want to pounce on it? On the other hand, don’t we want to reinforce the positive identity, even if the child isn’t living up to it?

Miranda’s daughter Rochel is nice. She’s nice to her teachers, her siblings, her friends. But the nebby girl who lives down the block? Well, Rochel isn’t mean to her, but when that girl invites her over, Rochel’s always too busy, in a rush, or not feeling very well. How can Miranda help Rochel live up to her identity of being nice, while still helping her stretch herself?

When we remember times in our lives that we behaved in a certain way, or stories of people we admire who exhibited a certain trait, we are more likely to act in that way. So if Miranda wants to remind Rochel of her “nice” identity, she needs to reminisce with Rochel about how nice she has always been.

Miranda might say: “Remember the time that you were scared to visit Bubby in the hospital, but you did it anyway, because you wanted to show her how concerned you were about her? That was so nice of you, and Bubby was so happy.

“Remember the time you gave your little sister the last pink ices, even though it was your turn and you were so hungry? That’s because you’re such a nice person.

“You know, Rochel, that girl down the block seems very lonely recently. Why don’t you invite her over to play your new board game for a bit? She’ll be so happy.” Rochel is much more likely to acquiesce now. And once she does it, Rochel is adding another proof of her niceness to her identity.

Miranda didn’t shatter Rochel’s “nice” self-identity. She didn’t put her into a state of cognitive dissonance by pointing out to her that her behavior is veering from “nice” where the neighbor is concerned. Rather, she primed Rochel to be nice by emphasizing that part of her identity.

What about us? How can we reduce our own rationalizations, and live up to our best self-stories? How can we be the heroes we are meant to be? It’s as simple as priming. We have to think not only of our self-story, but of the confirming evidence. Have there been times when we pushed ourselves beyond our limits and discovered our true strengths? If we did it that time, and the time before that, we can do it again.