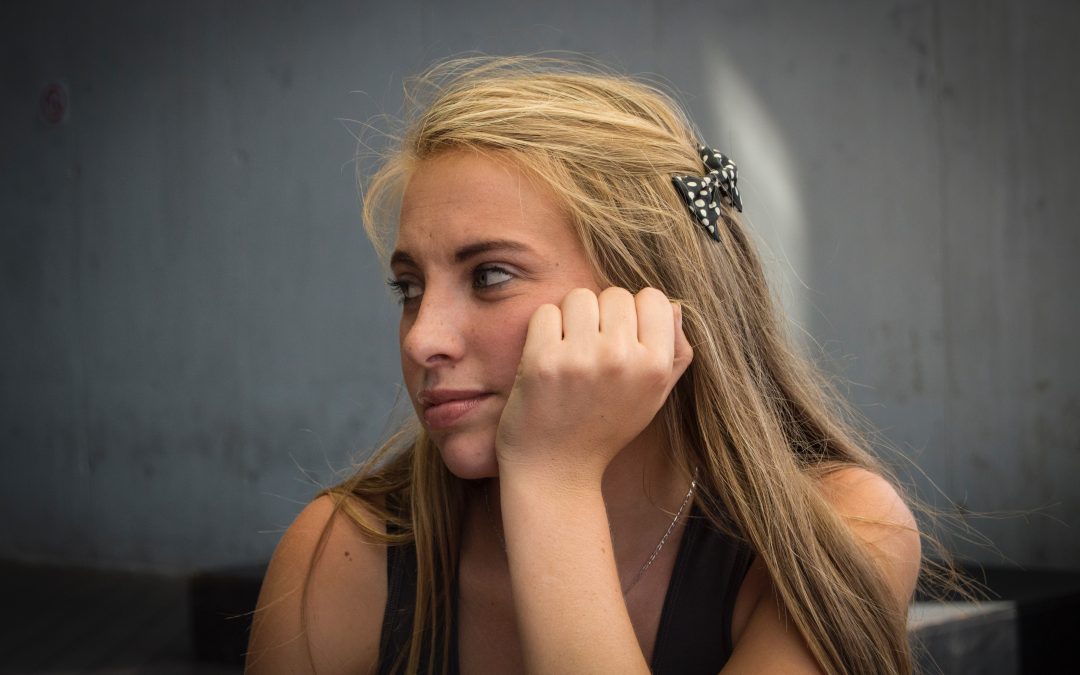 Life happens! And along the way, we experience minor upsetting events that have a bigger impact on us than we expect them to. These are not big problems that require therapy, but they are big enough to make us feel their effects, sometimes days later. What can we do to get ourselves back on track?

Every emotion has a job. It is a messenger, telling us something about ourselves and our world. Guilt, and its first cousin, remorse, have a very important job; they tell us we did something wrong or didn’t live up to our own standards and values.

Productive guilt is a very valuable thing. It points us towards something that we need to correct. If I feel guilty because I was mean to my annoying little sister, and I use that guilt to force myself to work on my patience and understanding, that’s amazing. I am learning self-control, I am learning to put another person’s needs before my own selfish ones, and I’m working on myself to become a better person. If we feel a proper sense of regret when we feel guilt, the emotion should go away. We’ve “listened,” and now the “messenger” can go.

Guilt is like a vitamin. In the proper doses, it’s beneficial. But even something healthy can be taken to excess. Excessive remorse, particularly when it causes us to feel defeated, self-critical, or unmotivated, is poisonous.

Melissa is on a diet. Summer is coming, her cousin is getting married, and she wants to go shopping for a camp wardrobe she’ll feel good about. She knows that maintaining a healthy weight, eating the right foods, and exercising are good for her, but to be honest, she’s more interested in fitting into a dress for her cousin’s wedding. She meets with a nutritionist, gets a diet sheet, and is very excited to start… until her mother bakes her favorite cookies. Next thing she knows, Melissa has eaten one.

Remorse strikes. Why did I eat that cookie? Melissa thinks. She reminds herself of all the times she has made a resolution and not stuck to it. There was the time she promised herself that she would review her notes every day, right when she came home. That lasted two days. There was another diet she didn’t stick to, an exercise commitment that petered out over finals… Melissa thinks, Forget it, I’m just doomed to be unhealthy and lazy. I can’t change anything. Eventually, three more cookies follow the first one into her mouth.

Remorse is regret about a past action that persists beyond changing the behavior. Melissa’s remorse led to feeling defeated, which caused her to eat more cookies. In addition, excessive remorse eats away at our ability to perceive ourselves as people who are capable of change.

Had Melissa thought, Wow, I didn’t intend to eat that cookie, But it’s just one cookie. I’ll stop now, and when I go walking tonight, I’ll walk a bit farther than usual. Tomorrow is another day. I’ll do better then, she probably would not have eaten more cookies. She would have been able to move past her slip-up successfully.

The cure for unproductive remorse is to make a plan. If I break something, how can I fix it? If I notice I am daydreaming in class, or wasting too much time, or tend to yell at my siblings too much, what can I do to correct that?

Shannon’s little brother loves to color with her highlighters. He goes into her loose-leaf and messes it up. When she finds him, she yells. Then she feels guilty for yelling. She starts reminding herself of all the times she doesn’t live up to her expectations of herself. Soon, she is yelling and snapping at everyone. What’s the point of trying? She thinks. I’m just an awful person; I might as well give in to it.

While Shannon needs to come up with a way to work on her tendency to yell when angry, she also needs to make a plan for the future. How can she prevent this situation from happening? Once she prevents it, how can she work on staying calm when her little brother is annoying?

Shannon decides to buy an extra pack of highlighters and keep it in a special drawer in her room. When her little brother wants to color with them, he can come ask her. She is also going to be super-vigilant about putting her loose-leaf on a high shelf. She decides that she is going to work on her anger with a friend who has the same challenge by learning together from a sefer on conquering anger every night.

If Shannon would have stayed stuck in remorse, she wouldn’t have been able to energize herself into changing the situation. Shannon also had to work on both an apology and a problem solving conversation with her brother. Apologizing for yelling at him is unlikely to be fully effective, because his feelings will probably still be hurt. Having a conversation with him about how they can plan for the future will be more productive. “So, my job is going to be to try not to yell and to let you use your own pack of highlighters. Your job is going to be to ask before you touch my stuff. OK?”

Remorse is great – in small and effective doses! It gets us to change our behavior and make a plan for the future. When the remorse “dose” is too high, it can be dangerous. Just as we counteract a poison with an antidote, we counteract an overdose of remorse with an apology and a plan.